Ok, I'll get straight to the point. I'm doing good in every event except for Hammer Throw. It's not like I do it bad, I do it completely wrong... so wrong I can't even pass the 50m qualifier in medium carrier mode!

This is pretty weird. I don't spin the wheel extremely slow (but not all that fast since it's a hard motion to do in a speedy manner) and I release the hammer straight into the field at least once out of 3 times.

Any suggestions? What's the best launch angle? How can I do that circle faster? (note how I do great in cycling, so I'm not all that bad in doing the circle) 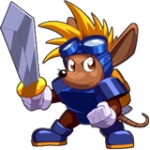 I feel ya, Hammer Throw is a kinda hard event for me to. I did manage to get 82m though.

Spinning the wheel correctly is kind hard when your worrying about speed. You may have to practice keeping the stylus in the circle and keep up a good speed at the same time. Its pretty hard to do, I'll admit that. You first objective is to get the speed meter as high as you can BEFORE the throwing session actually appears. Its the most important thing in this event, if you can't get the gauge full, then you won't throw far at all.

Now when the spinning session comes, you DON'T want to immediately throw it. Instead, let your character spin around atleast 5 times. On the 6th spin, you'll try to toss the hammer. I believe the optimum angle is 45.

Its really hard, just keep practicing. I'm sure you'll get it.
Good Luck!

I forgot to mention I do wait for about 4 or 5 spins. I'll try to be more precise now and give it some tries...

I wonder if the spins do matter. I was shocked when I did some good throws earlier today in a game with gamedragon and dez. Considering I hate all non horizantal throwing events.. They were all made in the first spin too (maybe it would've gone further if I waited a few spins first :S).
Throw it when your guy is facing to the right. 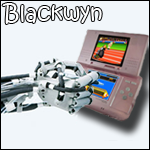 I just managed to get a personal best of a bit over 50m, which is of course in no way satisfying.

I just can't manage to find something coherent in this event, it feels so random!

I didn't think spinning mattered at first either. But after some trials, I noticed I could get an extra 5 - 10 meters by just letting them spin a few times. Discus has a similar thing, but you only need to spin once.